REDDING, California - Two suspects were arrested by Redding Police in the early morning hours of Sunday, July 24, 2022.  While responding to a burglary call, officers found the suspects in possession of stolen catalytic converters. 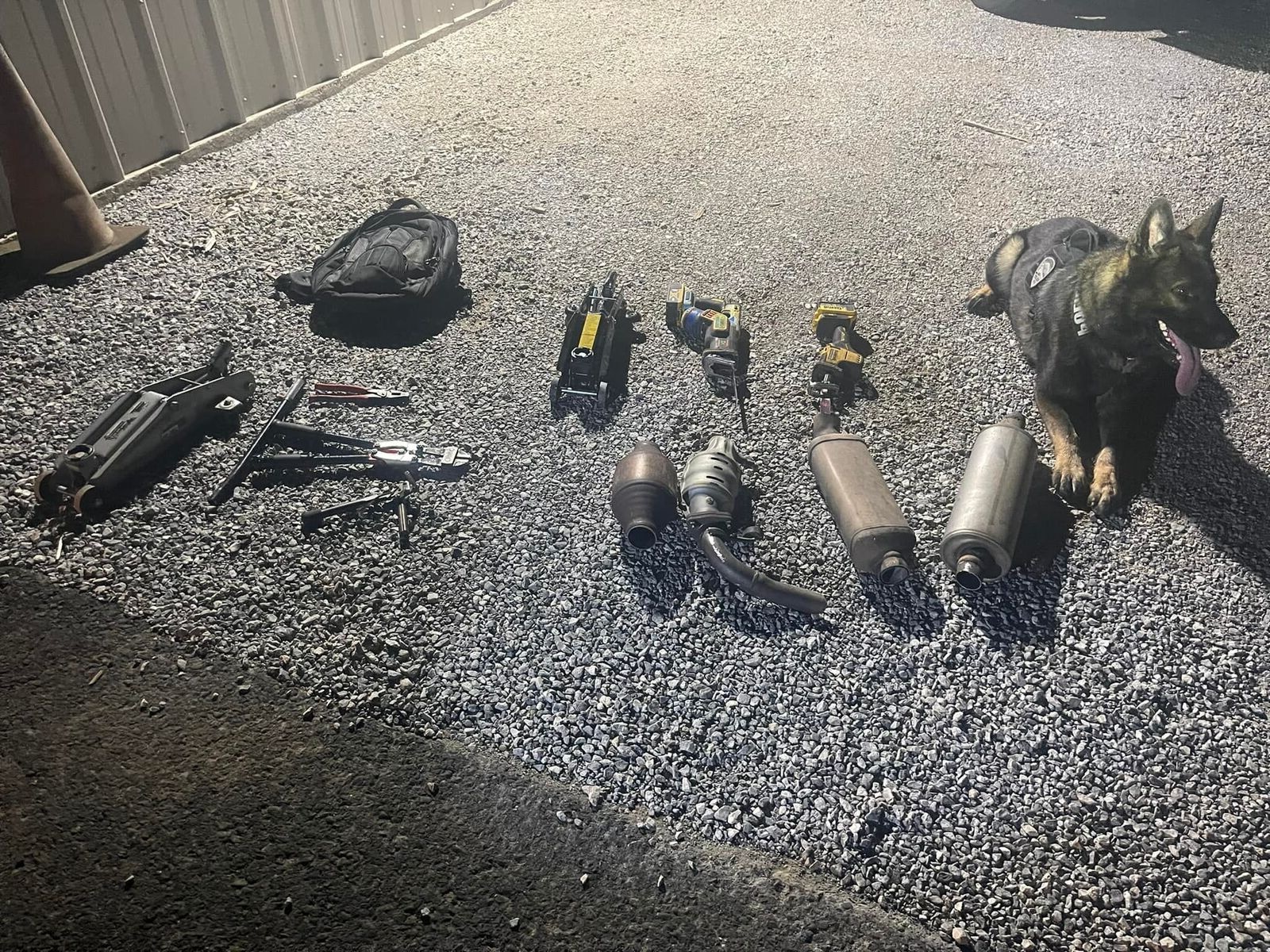 At approximately 3:45 a.m., the Redding Police department received calls about suspicious people who were inside a local business' fenced yard.

The suspects were spotted when the owner of the business was monitoring the property via live video.

When they arrived on the scene, police stated they found Joseph Ahlin, 36, of Redding and Kevin Hallenbeck, 29, of Shasta Lake City inside the property of the business.  Officers said that the suspects were in possession of common tools used for catalytic converter theft including battery operated reciprocating saws, lock cutters and two hydraulic floor jacks.

Both Hallenbeck and Ahlin were apprehended without incident after being warned that "Duke", a member of the Redding Police K-9 unit, would be released if they refused to comply.

Officers from the RPD reported that they found four catalytic converters that had just been stolen from various vehicles that were parked at the business.

Upon arrest, both suspects were booked into Shasta County jail for charges related to theft of vehicle components, possession of burglary tools and grand theft.

Catalytic converter theft has spiked across the nation due to the fact that these emission control components, which have been required in all gasoline and diesel fueled vehicles since 1975, contain extremely valuable precious metals including palladium, rhodium and platinum.  This makes them highly sought after by thieves as each catalytic converter can be cashed in for hundreds of dollars per piece and, in many cases, can be easily removed from vehicles within a matter of minutes.

If you are concerned about catalytic converter theft, Premiere Services has put together a thorough list of ways that you can protect yourself from this very costly crime.

What Cars Are Targeted Most for Catalytic Converter Theft

Give Us A Call

Give Us A Call